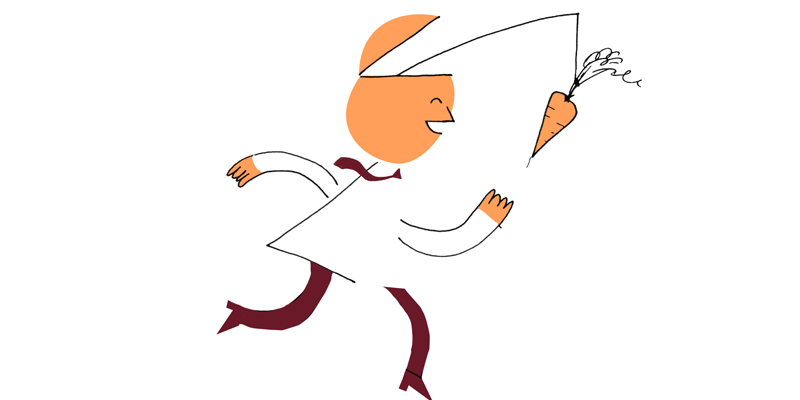 We worked with a major UK bank’s operations and IT functions to help them shift from a sense of pathy about the strategy – the Apathy Zone to a sense of collective purpose – the Purpose Zone.  These functions had some 1,300 leaders and provided services to the revenue producing areas of the bank. These areas were described as ‘customers’, although the customer wasn’t always right; in fact, these so-called customers had pretty much to accept what they were given.

The leadership team within the functions, however, were optimistic. They had worked on a strategy that would make them more effective and efficient, that would help them provide a more commercial and responsive service that was better value for money and also delivered services in a timelier manner to the bank. They recognised that the current commercial environment meant that key areas of the bank had begun lobbying to have their services provided by third-party suppliers and that, unless the functions dramatically improved how they responded to the internal customers, they risked becoming figuratively – and literally – redundant. But the leadership team could envisage a future that not only involved happy internal customers but also the possibility of providing a great service to third party companies as well.

Whilst work had been done to cascade the strategy, employees remained unconvinced. Their behaviour remained the same and their performance unchanged.

We were asked to design an event to improve energy levels and boost employees’ sense of purpose. Having talked with a number of key stakeholders we felt it was essential that the leadership team didn’t just talk about their commitment to the programme of events but actively took part.

The event mirrored the positive energy of the Purpose Zone and inspired the leaders across all the functions not only to change their own beliefs about the strategy but to inspire their teams to do so, too.

First, we had to convince the senior leadership team that they should be part of the programme. Second, we needed to get them to articulate more clearly the strategy and lay out what it would be like to work in the respective functions in the future.

Articulating the purpose and strategy

The first steps involved doing two things. First, we had to convince the senior leadership team that they should be part of the programme. Second, we needed to get them to articulate more clearly the strategy and lay out what it would be like to work in the respective functions in the future. Having achieved the first, we set about the second by running an event where they worked through the whole process at a number of levels:

When and where? – The work environment of the future.

What? – The specific roles and behaviours that people would undertake.

How? – The capabilities and mind-set they would have.

Why? – The beliefs and values that would drive their decisions and lead to their actions.

Who? – Their sense of identity and purpose in the future.

Whilst we now had a clearer picture that provided more certainty to people, we needed to ensure that people had a personal, emotional commitment and had worked through what the change meant to them personally.

One of the challenges we faced in doing this was that there was a strong reliance and emphasis on process, which had the effect of being de-energising. For the type of functions we were working with, process was an important element in successfully carrying out the work, but it sapped energy when applied relentlessly to interactions between people and their customers. It could also be used as an excuse to resist change, innovation and being more responsive to the customer.

Since one of the key aspects of the strategy was to focus on being responsive to customers, we had to stop process getting in the way whilst at the same time not abandoning it completely, thereby allowing the functions to slip into chaos. So people needed to uphold processes so far as they were necessary to maintain effective control over IT software, for example, but not adhere to them so dogmatically that these same processes became simply a way of controlling people. This meant there needed to be both more understanding of the functions’ fundamental aims and a greater freedom to allow people to make judgement calls.

Part of the design meant the most senior leadership team took part and experienced the learning and insights for themselves.

Getting leaders to exemplify purpose

This reliance on process had created a culture where the focus was on seeing roadblocks and things that might go wrong rather than inspiring action and transforming the organisation. Transformational leaders are energising – they’re able to inspire others and change the way people work towards a common goal.  We wanted leaders to be promoting the positive aims of our programme and individual judgement rather than negative, essentially preventative approach of process-heavy risk aversion. We believed that if we could create enough leaders who understood this and were emotionally engaged and actively working at it, the levels of energy in the organisation would shift and with it the ability to work in a way that matched the organisation’s strategy. Leaders needed to be positively promoting initiatives to help the customer and to focus on what could be achieved – not what couldn’t.

Although we are unaware of any research explicitly investigating the role of (positive) promotion versus (negative) prevention focus in enhancing or diminishing energy levels, people with a promotion focus may be more goal oriented and less distracted by thoughts of what they ought to do. People with a prevention focus, on the other hand, will be more inclined to ruminate on possible negatives and to spend their time thinking about potential down-sides, which is fine in moderation, but isn’t conducive to change – especially a change in energy. Consequently, people with a promotion focus will be better able to focus their energy on the goal and be more productive.

In order to achieve this, we designed a three-day leadership programme based on our brain-savvy methodology that gave people the opportunity to understand the strategy, to get a ‘felt sense’ of what it would be like to work in the organisation they were trying to mould and to translate the strategy into their day-to-day work and that of their teams.

We introduced a variety of interesting ways of doing this. We set up rooms which modelled the company in the future, for example, where people would go to undertake activities like interacting with a customer in a more responsive way, solving hypothetical problems that customers might bring and working with their equally hypothetical team in a more responsive way. We also gave people an opportunity to test and challenge the strategy, ask questions, make suggestions and generally work through the implications for them personally – a way of turning critics into designers and builders of the detailed steps that would need to be taken to realise the strategy in their job role. In addition, guided visualisation helped to prepare people for the future as it gave them a detailed image of themselves working in the new way.

Alongside this, we helped people to develop skills in making judgements, in challenging the reliance on process with customers and in energising their staff.

Part of the design meant the most senior leadership team took part and experienced the learning and insights for themselves. They also got to see first-hand the shift in energy of the other leaders as they experienced energising behaviours versus de-energising ones.

The culture of the organisation and IT functions began to shift almost immediately, and as more and more people went through the programme they reached a tipping point where there were more Purpose Zone behaviours and energy than not. The workshops also created a common language that allowed people to talk about energising and de-energising behaviour and to challenge the latter when they experienced it.

This work totally changed the energy in the organisation and the experiential and innovative design left and enduring impression on those who when through the leadership events.

If we’re not careful just going through the process of setting the goals can become...

We are often exhorted to have more willpower but is it really the answer to...

How do you want to feel at work today?

Article
What your clothes say to and about you