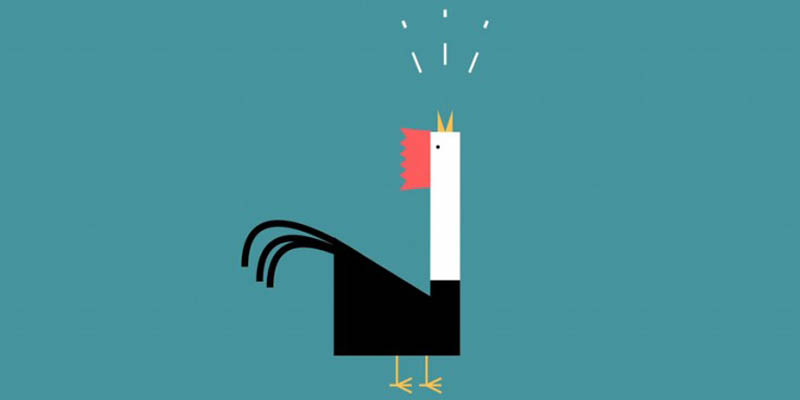 “Having a meaningful impact on the world around you is actually a better predictor of happiness than many other things you think will make you happy.”

Align the employee’s vision, values and goals, and those of the organisation. Helping employees to see how they fit into the larger picture activates their sense of belonging, effectiveness and meaning. In neuroscience terms it activates a reward response in the brain. “New research shows there is a strong correlation between happiness and meaning,” says Jennifer Aaker from the Stanford Graduate School of Business. “In fact, having a meaningful impact on the world around you is actually a better predictor of happiness than many other things you think will make you happy.”

The key here is the linking and alignment. Recent research on values suggest employees will shift what they value towards those of the group if they feel connected.

And given the positive effects from the social rewards of helping others having employees create concrete goals about how they will help or teach others is a route to a happier culture.

Research at Stanford has found that one path to happiness is through concrete, specific goals about helping others – like making someone smile or increasing recycling. Concrete goals work better than more abstract goals, like making someone happy or saving the environment. The reason given is that concretely framed goals mean that expectations of success are more likely to be met in reality; broad and abstract goals may create unrealistic expectations which are correlated with unhappiness.

And given the positive effects from the social rewards of helping others having employees create concrete goals about how they will help or teach others is a route to a happier culture.

Over the past decade, lots of psychology research has shown that experiences bring people more happiness than possessions do. This idea is most closely associated with the work of Cornell psychology professor Thomas Gilovich. Since 2003, he and his team have been trying to understand how and why experiences are perceived more positively. Essentially, when you can’t live in a moment, they say, it’s best to live in anticipation of an experience. Anticipating an experience like trips, concerts, movies, et cetera, are effective because the anticipation adds to the overall positive experience. Gilovich’s prior work has shown that experiences tend to make people happier because they are less likely to measure the value of their experiences by comparing them to those of others. For example, Gilbert and colleagues note many people are unsure if they would rather have a high salary that is lower than that of their peers, or a lower salary that is higher than that of their peers. Anticipating an experience like a holiday, means that dilemma isn’t a factor.

We expected to see that recent rewards would affect moment-to-moment happiness but were surprised to find just how important expectations are in determining happiness.

The formula for happiness

Researchers at UCL, showed that moment-to-moment happiness reflects not just how well things are going, but whether things are going better than expected. They have developed an equation which they say predicts exactly how happy people will say they are from moment to moment based on recent events, such as the rewards they receive and the expectations they have during a decision-making task. The study, published in the Proceedings of the National Academy of Sciences, investigated the relationship between happiness and reward, and the neural processes that lead to feelings of happiness. For the study, 26 subjects completed a decision-making task in which their choices led to monetary gains and losses, and they were repeatedly asked to answer the question ‘how happy are you right now?’ The participant’s neural activity was also measured during the task using functional MRI and from this data scientists built a computational model in which self-reported happiness was related to recent rewards and expectations.

The team used functional MRI to demonstrate which neural signals were active in the task in an area of the brain called the striatum. This showed changes in moment-to-moment happiness. The striatum has a lot of connections with dopamine neurons, and signals in this brain area are thought to depend, at least partially, on dopamine. The model was then tested on 18,420 participants in the game ‘What makes me happy?’ on a smart phone app developed at UCL called ‘The Great Brain Experiment’. Scientists were surprised to find that the same equation could be used to predict how happy people would be while they played the smart phone game, even though they could win only points and not money.

The authors say “We expected to see that recent rewards would affect moment-to-moment happiness but were surprised to find just how important expectations are in determining happiness. In real-world situations, the rewards associated with life decisions such as starting a new job or getting married are often not realised for a long time, and our results suggest expectations related to these decisions, good and bad, have a big effect on happiness.” What this implies for business is you need to manage expectation. Often business focus efforts on negative expectations think contingency plans, project governance. Shifting the focus to how good it will be when the project is successful rather than what can go wrong shifts the dial to a happier culture.

Overall emphasis on positive feedback is another critical element of employee happiness.

Researchers of PsyCap have seen big boosts in positivity by encouraging people to show gratitude. For example the effects of writing letters of gratitude significantly increased happiness and life satisfaction, and alleviated depressive symptoms. There is also evidence this applies to the workplace. The 2013 Globoforce Workforce Mood Tracker report, found that when people were able to recognise peers for good work, they were 107% more likely to identify themselves as highly engaged. Overall emphasis on positive feedback is another critical element of employee happiness. In the same report it was found that 89% of employees prefer to be told what they are doing right, rather than being told what they are doing wrong. We worked with a global retailer who in every store had a ‘thank you recognition wall’. Staff would post letters or notes of thanks to colleagues who had helped them during their shift. The wall was a permanent mark of both gratitude and status for the employees.

The happy person’s facial expression, voice, gestures and body movements transmit happy emotions to all those around them. So one way to influence your culture is to be a happy contaminator and spread happiness around you.

So how can you spread happiness and with it the benefits of greater personal success and business productivity? There is lots of research that emotions, both positive and negative are contagious. There is an evolutionary reason for why someone else’s grumpy or happy mood can infect you.

Originally we contracted fear and alarm according to Frans de Waal, a psychologist and primate expert at Atlanta’s Emory University. For example when one bird takes off in fright the whole flock takes off. Or you jump when your colleague does. This reaction meant we saved vital seconds in reacting to danger. Getting caught up in another’s negativity is the way the brain evolved. De Waal also says that mood contagion serves the function of synchronizing activities. The individual who doesn’t stay in tune with what everyone is doing will lose out. The contagion theory of happiness also explains the powerful energy of “mob mentality” and why there’s a tendency for groups of people in a movie theatre or training workshop to share a similar experience of the emotions generated. In addition psychologists believe another form of evolutionary development includes our instinctive tendency to unconsciously imitate other people’s facial expressions, vocalisations, postures, and body movements. For example, if someone smiles at you, you will tend to smile back even if you don’t know the person. Our built-in system for mimicry, explains why we transfer our good and bad moods to each other.

This applies to leaders as well as team members. A study showed the impact of mood of a miserable leader on a group. They took 189 volunteer undergraduates, divided them into 63 groups of 3, and told them they were taking part in a team-building exercise to put up a tent. Each team “leader” was shown either of video clip of “Saturday Night Live” skits or a vignette on torture, to create either a positive mood or a negative mood. If a leader was up, the team members’ moods rose. But if the leader was down, everyone became down. Numerous other studies have shown how mood is transmitted between people. Psychologists believe this transfer of emotions is a form of empathy. In London’s University College, psychologist Tonia Singer and colleagues used brain scans to explore empathy in 19 romantic couples. One partner in the couple was given a slight electric shock while the other partner watched. Each of their scans showed identical brain reactions. Although only one partner was shocked, both of the partners’ pain centre lighted up as if both had been jolted.

On a happier note… Howard Friedman, a psychologist at University of California at Irvine thinks “emotional contagion” is also why some people can move and inspire others to positive action like a good leader. He says it’s because the happy person’s facial expression, voice, gestures and body movements transmit happy emotions to all those around them. So one way to influence your culture is to be a happy contaminator and spread happiness around you.

Happiness, is not just a function of personal experience, but also is a property of groups. Emotions are a collective phenomenon.

In a study reported in the British Medical Journal in 2008 it was found that social networks have clusters of happy and unhappy people within them that reach out to three degrees of separation. A person’s happiness is related to the happiness of their friends, their friends’ friends, and their friends’ friends’ friends; that is, to people well beyond their social horizon. The study found that happy people tend to be located in the centre of their social networks and to be located in large clusters of other happy people and that each additional happy friend increases a person’s probability of being happy by about 9%. For comparison, having an extra $5,000 in income (in 1984 dollars) increased the probability of being happy by about 2%. Happiness, is not just a function of personal experience, but also is a property of groups. Emotions are a collective phenomenon. This idea can be used for good or ill in your culture. For creating more happiness it implies you want to gather your happy people together and help them reach out to others until you get a tipping point of happy networks.

So the message seems to be a role model and spread your happiness and train people in the key factors of happiness, notably: how to be optimistic, how to create strong social support and social rewards, and managing resilience to change and stress.

People management and clients skills are essentially the same but trained in different ways. Here...

If we’re not careful just going through the process of setting the goals can become...