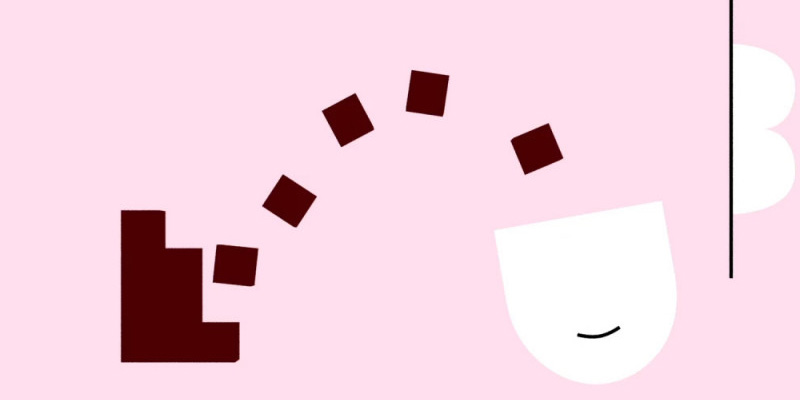 Talent mind-set: what do you believe about your abilities?

Do you find you like doing your job the way you always have? Are you well-suited to your role: it matches your talents and abilities, and you like to be in a role you can succeed at. Or do you like a challenge, and prefer to take the risky role rather than the sure bet? These types of thoughts and strategies may be the result of your mind-set. And you might want to review that mind-set and your own beliefs in the light of research on talent and success.

Stanford psychologist Carol Dweck has spent her career researching learning, and in particular exploring the “mind-set” for success. She describes a mind-set as someone’s entire psychological world, where everything has a different meaning depending on their beliefs. Her studies show that people tend to have one of two sets of beliefs that create their mind-set about work, learning and their own abilities. (As you read on, you might find it useful to consider your own approach to learning and challenges.)

Employees with a fixed mind-set believe their performance is a result of their talents.

Dweck describes people who hold a belief that talent, ability and intelligence are something you are born with as having a “fixed mind-set.” And you’ll notice that much of our language about ability and performance is framed by this mind-set: “He’s very bright,” “She’s so talented,” “She’s a natural leader,” “He has a gift for languages.”

People coming from this mind-set believe you either have it or you don’t. And there are a range of behaviours which reflect this world view. First rule of a fixed mind-set is look clever – at all times and at all costs. And if you’re not going to look clever, don’t do it. In the face of any setbacks, hide your mistakes and conceal your deficiencies, because mistakes and deficiencies are permanent and that’s going to be a black mark against you.

In studies, Dweck has found that people with a fixed mind-set say, “The main thing I want when I do my work is to show how good I am at it.” If this is you, you probably change jobs when the standards or requirements change, and you’re always looking for roles that match your demonstrated abilities, where you know you can shine. Because you’re bringing what you believe to be your innate, natural talents, you’ll tend to tackle the new role in a similar way to how you worked in the last one, moulding the role to your strengths and ways of working.

We frequently see these traits in senior leaders who introduce the same strategy that worked for them in their last company (irrespective of whether time has moved on, or the organisations are different.)

But they actually exhibit less persistence and less ability to learn from experience. Their mental framework provides no mechanisms for dealing with setbacks and it can mean they’re reluctant to take on tricky assignments. Their readiness to change jobs can be less about enthusiasm for a new challenge than unwillingness to persist with current problems when their performance may show up as less than excellent.

In contrast, people who have a growth mind-set believe that talent, abilities and intellect can be developed.

In contrast, people who have a growth mind-set believe that talent, abilities and intellect can be developed. Their number-one rule is learn, learn, learn: they’re the people leaning over your shoulder when the new software program’s being demonstrated, the first ones to sign up for an optional seminar, the person who went on a course as part of their last holiday.

Growth mind-set people say things like, “It’s much more important for me to have a challenge than to be rated the best person.” They do care about rankings, but they care even more about having an interesting, challenging role where they’re going to be getting into new areas and working with good people. For these people it is not about intelligence and talents; even if they have those traits in abundance, they are the start point rather than the end point. Mistakes are part of learning; deficiencies are part of being human and indicate you need to work harder; they find out what they can do to learn, who they can learn from and where the testing opportunities are.

Dweck’s studies show that people with a growth mind-set work harder, learn from experience and are willing to take more risks to achieve results. After a test, they’re not the people fist-pumping their high score but the ones grabbing the paper and saying, “Hang on, where did I go wrong?” (a trait demonstrated in one of Dweck’s experiments).

You can recognise who’s who in the workplace: fixed mind-setters are quick to claim the plaudits, share the news of successes, and propose rolling out the same plan again. They’re impatient of introspection and would tend to say, “If it ain’t broke, don’t fix it.” You’ll never hear them say, “Tell me where I went wrong.” It’s all, “Let’s move on…”

But growth mind-setters are definitely the people you want on a team if things haven’t gone well: a major setback will be re-framed as a powerful learning opportunity. They’re open to people moving into new roles they have no experience of, and they’re ready to put themselves into unfamiliar but interesting situations.

Build the habit of creating growth-mind-set explanations, and learn to act on your new voice. Consciously ask yourself: “What would the growth mind-set action be here?”

Yes, you can change your mind-set

If you recognise the qualities of growth mind-set as the way you’d like to be, you’re already on your way. Here are some simple steps for coaching yourself, which you can also adapt for leading your team.

As you approach a challenge you’re very likely to hear the voice in your head saying things like, “Are you sure you can do this?” “You’ve never tried this before.” “It’s going to be really embarrassing if you fail and people realise you thought you could do it.” “Maybe this just isn’t for you.”

If something goes wrong for you the voice might be saying, “This would have been easy if you just had the talent for it.” “This happened last time, you’re never going to get this.” “It’s not too late to back out, and try to regain your reputation.” “Now everyone knows your limits.”

If you come in for some criticism you might hear yourself saying, “I couldn’t deliver the results without backup.” In relation to the person delivering the criticism, you might tell yourself, “They really don’t know what this job involves.” If your boss is giving you some very specific, constructive feedback, you may be hearing, “I’m disappointed in you: I thought you were capable but now I see you’re not.”

Everyone is going to be presented with different opportunities, face different challenges and setbacks, and come in for some criticism. It’s how you read them that’s your choice. Fixed mind-set: it’s your talents or abilities that are lacking. Growth mind-set: you need to work in a different way, try something new, make more effort, and expand your abilities.

Re-frame your inner voice, and consciously check yourself when you catch that type of internal voice. Replace, “Oh god, I can’t do this,” with, “It’s always really scary in a new role, but in three months I’ll be on top of it.”

Instead of, “Keep your head below the parapet for this one: it’s not going to do your career any good,” try replacing it with, “If I don’t try, I automatically fail and where’s the dignity in that?”

Privately brainstorm a list of times when you’ve been successful. Write that list down, and keep it to hand. Update it. Visualise seeing yourself successfully completing the project, and get a feeling for how it’s going to be on the other side of it. And seek out the right kind of positive, open-minded people to support you. For a setback: instead of “You just haven’t got what it takes,” give yourself: “What’s so wrong with trying? Successful athletes have to practise and fail to eventually get to the top.”

Identify what you’re passionate about and put your effort there. And keep a record of the milestones of your progress. If you’re getting criticism, instead of pushing it away make a real effort to view the situation from their perspective. Consciously tell yourself: “If I don’t take responsibility, I can’t get better. I can always learn something.”

Step 3: Follow-up with the growth action

Build the habit of creating growth-mind-set explanations, and learn to act on your new voice. Consciously ask yourself: “What would the growth mind-set action be here?” It will feel uncomfortable at first. It really helps to write down these ideas and intended actions to make them more tangible. And keep a note of your progress: seeing results is highly motivating.

Carol Dweck has found that people can change their mind-set and beliefs, and that techniques like these are effective in making and maintaining the change.

Murray and other athletes are using an understanding of neuroscience to change their performance for...