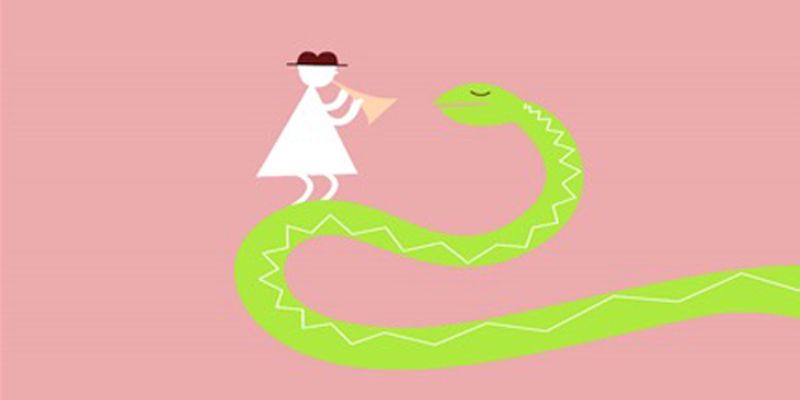 An Australian-based bank was undergoing significant change across most areas of the business and all the major functional areas. Over the course of a year, we worked with them to support the change programme to create a super-regional growth strategy in the business.

Like many organisations making multiple changes, the leadership team fell into different camps. The old guard were deeply cynical about many of the changes that hit them right in the CORE. ( see video) They were experiencing a major threat response as the definition of success had changed, they were being told that their old approach to business was no longer valid, threatening their certainty and their reputation. They definitely felt it was unfair that their past successes would largely no longer be valued.

More recent recruits, on the other hand, were being hired from banks where the culture was much more aggressive and were mainly focused on proving their worth and meeting the reputational expectations of their new bosses. In addition, many leaders and the HR senior team in particular had comparatively limited change-management skills, and many of the senior HR team, like the business leaders, were ambivalent about the change.

The HR team were suffering from threats across the CORE elements, too. There were threats to their certainty over what was required of HR in this new business strategy and also their options – how could they do their job in a way that met their values and made the most of their skills. They were suffering threats to their reputations since many of the new leaders did not come from companies that had strong HR functions, and many of the old guard felt that HR was not taking a sufficiently strong leadership role in the change. Finally their sense of equity mirrored the business leaders’ feelings of resentment and ambivalence about the business direction.

Our challenge was to engage them all in the change, increase their commitment, and give them skills to manage themselves and their clients through the changes, thus reducing some of the threats and creating more rewards in the CORE elements.

After investigating the difficulties that the leaders were experiencing and consulting them on how they were used to managing strategy and change, we designed a three-pronged approach to their change programme.

We got leaders analysing their own CORE threats and rewards based on the change they had experienced.

The approach to change

The first stage was a change leadership programme for the top 200 HR people, based around a three-day workshop. The workshop encouraged these senior people to take responsibility for the change personally, with their HR team and also with their business clients. We designed the programme based on our brain-savvy learning model, and integrated neuroscientific insights to help them understand how people commonly react to change and how to manage their own levels of threat and reward.

Secure your own mask…

We got leaders analysing their own CORE threats and rewards based on the change they had experienced. They then contracted with colleagues to help them mitigate the threats and find where they could increase the rewards. We also helped people to understand their mind-set and the specific ways they thought about the change, and how these might be keeping them stuck.

We helped the team determine who was on board with the change, who was on the cusp and could be shifted either way depending on events, and who was definitely not on board. We observed that in most change situations the energy goes into those who are actively resisting. With this analysis, leaders came up with plans to put energy into keeping the group who were positive as advocates. Research has shown it is possible to change opinions. Passionate believers attract more believers.

Scientists have used computer modelling to measure when a minority belief becomes the prevailing belief in three different types of social networks:

A small company or business unit where each person is connected to every other person.

A large company where everyone has roughly the same number of connections.

A small number of individuals who are opinion leaders and who each have a large number of connections.

Each model had a mass of people who held a traditional belief, but were open to listening to other ideas. A ‘true believer’ minority who were unshakable in their belief proved able to convince others to change their views in all three types of networks. The threshold was ten per cent. Once ten per cent of a group holds an unshakable belief that an idea is right, it tends to be taken up by the majority. If that figure remains below ten per cent, nothing is likely to change.

This research has significant implications for leading change and allowed our leaders to plan around these questions:

This formed the basis of their plan for their team and provided a useful tool to use with their business groups.

People need to understand why a change is important to them personally. In Sinek’s phrase – they need to believe what you believe.

Part of the HR leaders’ role was to lead change in the business, to educate other leaders and to plan how they could work together to get teams on board. We wanted leaders to make sure the people throughout the business held shared beliefs about the purpose and relevance of the change.

This idea comes from author and business advisor Simon Sinek, but it’s based on an understanding of brain structure and how we make decisions.

People need to understand why a change is important to them personally. In Sinek’s phrase – they need to believe what you believe. Much of change management is focused on what must happen: What do people need to do differently? What are the measures? What governance is in place?

The work on the programme made clear that this is more than making a good pitch. You need to facilitate understanding so that people create the belief for themselves. Why? Because research indicates people will only be motivated to adhere to change when they create a clear vision of the outcome for themselves. Scientists in Germany have found that people are more able to resist the temptations to go back to old ways of working or behaving – and more likely to stick to their goal – if they have a clear picture of what the future will be like once the change has happened. This activates the hippocampus, the part of our brain responsible for memory and for imagining the future, and also the anterior cingulated cortex (the ACC), which is involved in reward-based decision making.

That’s why we asked managers to assess whether they’re threatening or encouraging their people to change.

The language you use is vital

It was in this part of the programme we also introduced the idea of ‘towards’ and ‘away from’ language. How change is talked about makes a significant difference to the ease of making the change happen.

In a paper that attracted a lot of media attention, Ruud Custer and others showed that many factors that facilitate change or a new way of working are unconscious. We’re affected by peripheral things such as the language used or our physical environment: People are warmer and friendlier when they’re holding a hot cup of coffee; they’re tougher in a negotiation when they’re sitting on a hard chair.

In a change situation, don’t neglect the impact of a word of praise. Custer’s study showed that a group given positive cue words worked harder and were more persistent when solving a problem than a control group given neutral words. No one ever left home to follow a leader who said simply ‘I’ve got a plan.’ It’s ‘I have a dream’ that gets people motivated.

That’s why we asked managers to assess whether they’re threatening or encouraging their people to change. We asked them to reflect on how inspiring they made the future appear. We soon discovered that they’d been using threat-based language in their communication. The session quickly enabled leaders to write about the change, in emails and more generally, using a more balanced vocabulary.

We also made the programme experiential, requiring leaders to come away with a clear plan for the habits and behaviours they would adopt as a result of our findings. Again we covered the three perspectives – themselves, their team and their business.

Stage 2: Taking the change to the team

The second stage involved working with the company’s most senior HR leaders to design change interventions based on our CORE model. This enabled them to diagnose, plan and monitor communication and activities based on the potential threats or rewards. All communications were written to maximise reward and minimise threat responses. It sounds obvious, but they quickly realised that their habitual way of communicating created more threat than reward. For example, they might say that ‘employees who fail to complete expense reports by the 15th of the month will be reported to the division leader’ rather than ‘to ensure timely payment please ensure you submit expense by the 15th of the month.’

Where it wasn’t possible to eliminate a threat response entirely, efforts were made to mitigate it. So for example, the threat of uncertainty about the outcomes of the proposed change was mitigated by training people in facilitating neuroscience-based change workshops, increasing their sense of options and improving their reputation within the business.

Stage 3: The right tools for the job

The third and final stage gave the HR leadership the tools – the CORE model and our Leaders’ Change Charter – to engage their business clients in the organisational change. They took part in a two-day workshop learning how to use the tools in practice and how to pass on the skills to their teams, so that the HR leaders then led the next stage of the change process in the business. This gave them options over how they lead the change so they could be flexible depending on the CORE analysis for their business.

For some it was more about working ‘behind the curtain’, coaching leaders to behave differently and to lead their teams toward greater certainty. For others it was about designing and rolling out similar workshops to those we had designed. In these scenarios leaders were actively involved in using the CORE tools in diagnosing and introducing changes. We knew things were taking root when the head of the biggest business told us he was using CORE to roll out his new business strategy.

There was increased take-up of the responsibilities for change across the business and especially amongst HR leaders, and the CORE model was widely used by business leaders in managing their own change efforts.

There was increased take-up of the responsibilities for change across the business and especially amongst HR leaders, and the CORE model was widely used by business leaders in managing their own change efforts. During this turbulent time, when there was also downsizing across the business including in the HR department, the results in HR’s own staff-engagement survey improved significantly. We also tracked the share piece for the bank which rose during the period and continued to outperform its competitors for six months after the project. We know it wasn’t all down to our work but getting people through the change and being productive was a contributing factor.

"What impressed me most about the work was the facilitation, interactive activities and reinforcement of concepts. Most importantly it provided us with tools and concepts we can apply to any change."