Virtual training programmes are the future 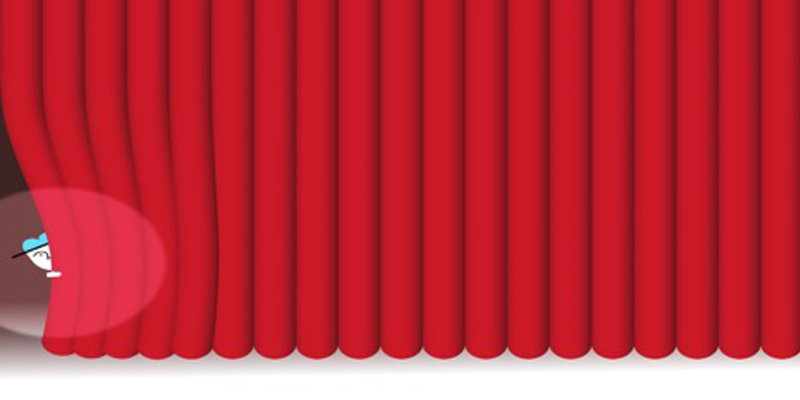 Implementing a new Performance management approach in a legal firm

This firm wanted to re-engineer its performance management approach to meet culture and business changes.

This work involved a legal firm undergoing significant change having decided to remodel the career paths across the firm and the work to review and change the performance management approach to match the future desired culture.

The firm had introduced a new career model in response to economic, social and client demands and was an adventurous move for the business, based on value rather than seniority of the lawyers working for clients. The new career model changed how lawyers in the firm were trained, managed and remunerated, and impacted on every HR process and all lawyers below partner within the firm, from newly-joined graduates to those making Partner. In addition it demanded new roles of partners in terms of coaching for performance and helping lawyers manage the direction and pace of their career.  The firm set up a mutual contract: the lawyers providing their dedication, motivation and skills, and the firm providing a rewarding career with excellent training and interesting client work.

We were asked to re-design the performance management process to reflect the culture the firm aspired to.

As part of this change programme, we carried out several pieces of work. This case study describes our work on performance management and change.

We were asked to re-design the performance management process to reflect the culture the firm aspired to.  The firm were committed to creating a culture of mutual support; known as the ‘Two way deal’.

We used a combination of our understanding of the aspired to culture and of neuroscience to design the performance management process. We used neuroscience in three main ways:

Firstly, we designed the whole process to reduce threat and maximise reward. Attention was focused on the communications, the language used around ratings and the performance conversation.  For example, historically feedback had been collected by the performance partner and given to the lawyer twice annually at review time. There was little feedback throughout the rest of the year other than written comments on work drafted for clients and often that was delivered without explanation; more red ink rather than a coaching conversation, so the lawyer was left to work out for themselves how they were doing.

In the new system we wanted to help the firm create a culture of joint responsibility both for performance and feedback.  For example, we designed the system to make the collection of feedback the primarily responsibility of the employee rather than the boss, building in self-assessment and making the review conversation two-way, giving more control and autonomy to lawyers. The sequence of the performance conversation was also designed to minimise threat, beginning with a discussion on career and goals, and moving on through a joint assessment and joint allocation of rating.

Secondly, the whole system was designed to encourage a growth mind-set, applying the work of Carol Dweck ( see more on our web site). The culture of the firm had been markedly fixed mind-set: smart people were hired and progressed through a number of hurdles that proved their capability. The new career model meant the firm needed to recognise that while they might hire very smart people, a changing market and the different career paths open to employees required they adopt a growth mind-set which would serve the firm and individual employees better in the long-term.

The performance management process and particularly the language used was growth mind-set oriented: ratings and feedback were described in terms of learning, challenges and risks taken, and credit was given for effort not just achievement of outcomes. Goals were drafted by the employees and agreed by a performance coach, with longer-term career advice and sponsorship being provided by a senior partner.  We provided a set of questions which helped lawyers draft their goals using a growth mind-set mentality.

Thirdly we designed the goal setting process and the training which accompanied the roll out of the new PM process to help all stakeholders create and embed new behavioural habits consistent with the desired culture. This was particularly important for shifting the mind-set of lawyers from ‘I wait to see how I did ‘ to ‘I take control of my own performance improvement’. These changes were supported by a comprehensive embedding process involving multiple methods to help shift behaviour including the understanding of how habits are formed, goal setting around new behaviours, a two-way conversation between boss and employee, timely reminders in the form of novel prompts, video and group coaching for performance coaches and support by the HR business partners to reinforce the ideas about minimising threat and growth mind-set in day-to-day interactions.

The main neuroscience used was how the brain responds to change, and particularly an understanding of the threat/ reward response. Change interventions were designed to minimise or mitigate threat and induce a reward response.

Our role was also to advice on the change process used for introducing and embedding the new performance management process.

We began by working with the HR team and providing some insight and education on the neuroscience of change. With this understanding we agreed together the principles they would follow in both the change process and in working with the performance coaches as the new process rolled out. The neuroscience of change plus growth mind-set principles were used to guide their change management and communication across the firm.  Initially, little was explicitly discussed with their internal clients so the application of neuroscience findings could be said to have been applied “behind the curtain.” It was used to guide and design:

Later on in the process we undertook some education with the senior leadership in the firm to help them understand their own reactions to the changes and how they might mitigate threat personally and as leaders.

The main neuroscience used was how the brain responds to change, and particularly an understanding of the threat/ reward response. Change interventions were designed to minimise or mitigate threat and induce a reward response.

Carol Dweck’s mind-set research is not strictly neuroscience although she has used fMRI scans to understand what is happening in the brain when people are asked about their attitude to learning. Her work provides a well-researched evidence base that was particularly useful in describing the shift in beliefs and culture the firm needed to be successful in the future.

The science of habit-formation was also used in training and monitoring of results.

Whilst we were explicit with our HR clients about the neuroscience much of the principles used in the change work was ‘behind the curtain.’ However, neuroscience findings and their implications were woven throughout the two aspects of the work. For example, it informed communication; we planned communication based on our neuroscience based model CORE ( see more in this video) and wrote all communications to minimise threat.  Members of the HR change team also used CORE to debrief their own meetings and interactions with internal clients. They analysed where they might have inadvertently created a threat response and which actions elicited a reward response and used this learning to manage future interactions.

Some of the methods are still work in progress so results are only now being measured but anecdotal evidence is that this application of neuroscience “behind the curtain” has helped a challenging change programme.

As the changes rolled out we became more and more explicit about the neuroscience. The more senior the people exposed to the science the more receptive they were and the language of growth mind-set and threat/reward is commonly heard throughout the firm.

It is still early days for the performance process but after the first year we saw a shift in focus from fixed mind-set to growth mind-set amongst many of the partners who are performance coaches. This has been reinforced by the HR team using the principles we jointly designed and the language of growth mind-set in other HR processes such as the development of future partners and the training of performance coaches.  The more the principles and language are used across multiple HR activities the more it becomes the bases of the way the firm manages performance and potential.  In a recent piece of work on partner performance we also began to see partners showing signs of monitoring their own attitude to their work and adopting a growth mind-set, an openness to change and a willingness to take a risk.

"Working with you on the implementation of our new career model has helped us to better understand how to support the underlying change in mindsets and behaviour. While working with you we have had fun, challenged our own mindsets, built our capability, and changed our approach to development and leading change. We know our work together will positively impact the engagement of our lawyers and the impact they have in the market."