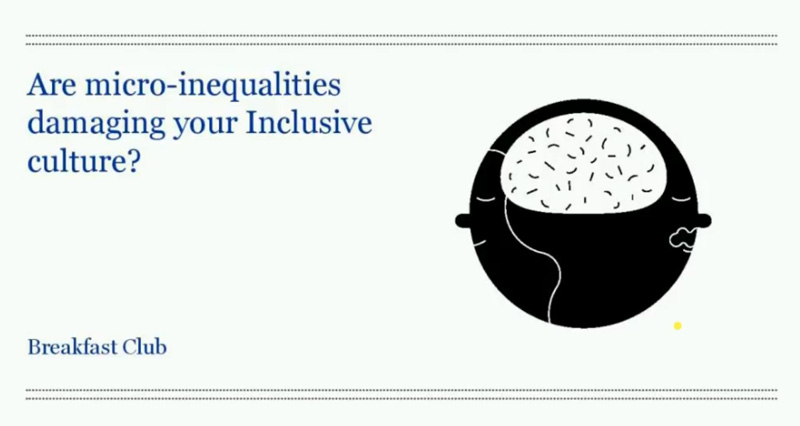 Are micro-inequalities stopping your culture being inclusive?

Companies are focused on creating an inclusive culture. But there are areas which are proving difficult to tackle because, much like unconscious bias, they happen outside of awareness. Micros-behaviours were first researched and written about by Mary Rowe, a professor at the Sloan School of management at MIT in 1972. She described them as “micro-inequities” and acknowledged that victims, bystanders and leaders alike find it hard to identify them. When the targets of micro-inequities do recognise the micro-messages, they find it’s exceedingly hard to explain to other people why these small behaviours can be a huge problem. Because they are small behaviours: it’s easy to belittle their effect.

So how do you help leaders recognise and manage their own micro-inequalities and use more micro-affirmations? This was the topic for our December Breakfast Club.

Creating an Inclusive culture as part of your diversity strategy

Article
8 reasons more women should be in senior positions